NCCF Partners with Montgomery County to Innovate its Response to Young Families at Risk of Homelessness. 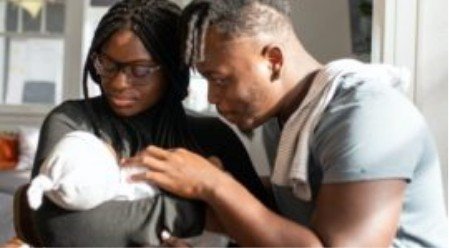 For nearly 40 years, NCCF and Montgomery County have collaborated

An April Mother’s Day at the Kennedy

It was just a normal day at The Kennedy, NCCF’s Short Term Family Housing program in D.C.’s Ward 4. The Kennedy, which serves as a temporary home for homeless DC children and their parents as they transition to stable housing, can be a busy place in the mornings with residents heading off to school, work, […]

A seamstress by trade, Pam began working with us at our Greentree Family Shelter in 2016. Since that time and always accompanied by her trusty sewing machine, Pam has logged hundreds of volunteer hours with us.  “Miss Pam,” as she is called by NCCF clients and staff, is one of our most consistent volunteers. Faithfully […]

Over the century that The National Center for Children and Families (NCCF)has been in existence, we have held true to our core value of empowering the community to support the needs of poor and struggling children, youth and families through a comprehensive array of services which ensure a “more equitable and inclusive Montgomery County.” Our […]

The Kennedy Street Freedom School: We Found a Home!

The Freedom School has offered so much for so many people and for the young scholars at NCCF’s newest facility The Kennedy Short-Term Family Housing, it has been an escape. We’ve made it a place where you are truly free to jump, shout, run, write, sing, explore talents, and be the best you possible. But, […]

Dancing the Night Away at the Greentree Harvest Party

Earlier this week, with the help of more than 50 volunteers, NCCF supplied dozens of children served by our Family Services Division with the opportunity to select Halloween costumes, create crafts, have their faces painted, eat candy, and dance at an October harvest party. The evening started off with families arriving together. Dinner for 85 […]

The National Center for Children and Families (NCCF) was selected by DC Mayor Muriel Bowser to operate The Kennedy, the first of several new Short-Term Family Housing programs to open this fall. The Kennedy will open its doors to families at the beginning of October. A ribbon cutting ceremony, hosted by Mayor Bowser, is planned […]

The first clue something was happening was the blaring fire engine sirens. Slowly the children living at The National Center for Children and Families’ (NCCF) Greentree Shelter began to gather on the front steps. And then they saw him! At the driveway entrance, perched atop a fire engine blaring Christmas music, was Santa Claus waving […]

The fire truck’s siren was blaring, as were the sirens on several other fire vehicles, as they entered the NCCF grounds headed toward the Greentree Shelter on Christmas Eve. What was the emergency?  Nothing serious — just Santa Claus perched atop the Cabin John Volunteer Department Engine coming with his elves (other members of the […]

Escaping an abusive relationship is hard for any woman, but immigrant women without legal status face particular obstacles. They have fled their country or abuser without anything to start from. But if they live in Montgomery County, they can find hope and help at the NCCF’s Betty House I and II. Each house provides up […]