Ultimately, as parents, we must stay present for our children

We, at the National Center for Children and Families, embrace you. NCCF’s Adolescent Services and Family Services Divisions teamed up to commemorate Black History Month with an Open Mic Night at our Bethesda campus. The event featured a showcase of the talent and creativity of agency staff and the clients that we serve. The night was a success and included an array of poets, spoken word […]

Phil Schiff knows plenty about what goes on behind the scenes of a nonprofit like NCCF — governance, infrastructure, program support. After decades of working in the nonprofit world, it’s the language he speaks. But those aren’t the things that have kept Phil and his wife, Janis, connected to NCCF for almost 20 years. “We […]

Listening to Traci Powell’s excitement as she talks about being a Parent Advocate and a mentor for the students at JC Nalle Community School in the District, it’s hard to believe that she was once reluctant to get involved in the Southeast (Ward 7) neighborhood where the public elementary school is located and where Traci […]

We All Stuffed And Ate Pie

Girl Scouts raced around sorting red boxes of StoveTop stuffing. Teenaged boys carted full purple bags of cans and boxes to storage closets. And more than 100 volunteers shouted, “Does anyone have an extra pie crust?” and “This bag needs mashed potatoes!”  It was a noisy night, but when the clamor died down in the […]

Celebrate St. Patrick’s Day at UnCorked!, an Evening of Extraordinary Wines and Whiskey

Washington, D.C. (March 1, 2018 ) The National Center for Children and Families (NCCF) is excited to announce UnCorked! an Evening of Extraordinary Wines and Whiskey to Benefit The Neediest Kids, a program of NCCF. Combining the flare of the French with the luck of the Irish, the event will be held on St. Patrick’s Day, Saturday, March […]

With the communities help, fifteen youth from The National Center for Children and Families (NCCF) Greentree Adolescent Program (GAP) will travel to the U.S. Virgin Islands in August, 2016 for an immersive summer trip. For most of these young men, the trip will be their first time traveling on a plane and, for some, their first time venturing […] 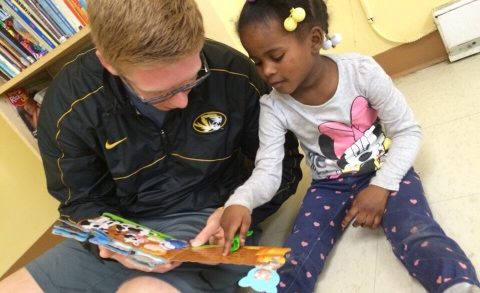